Welcome to the first installment of the 2018 Overvalued, Undervalued, or Properly Valued series.

If you’re new this year, this is all based on taking the current odds to win the national title of likely tournament teams and comparing them to the MLPPR. You can guess who created the MLPPR and here’s a little background.

I can’t remember much of what I wrote in that post, but TL;DR: the premise is ranking teams based on their similarities to the most successful tournament teams (those that reach the Final Four). The tournament is a different animal and the MLPPR measures teams in a tournament context and less so on a game-to-game basis like most analytical measures do.

For this first installment, I took the 40 teams seeded 1-10 in the current BracketMatrix and evaluated them. There are nine teams included in the “Irrelevant” section that have equal or better odds than our 40th rated team. 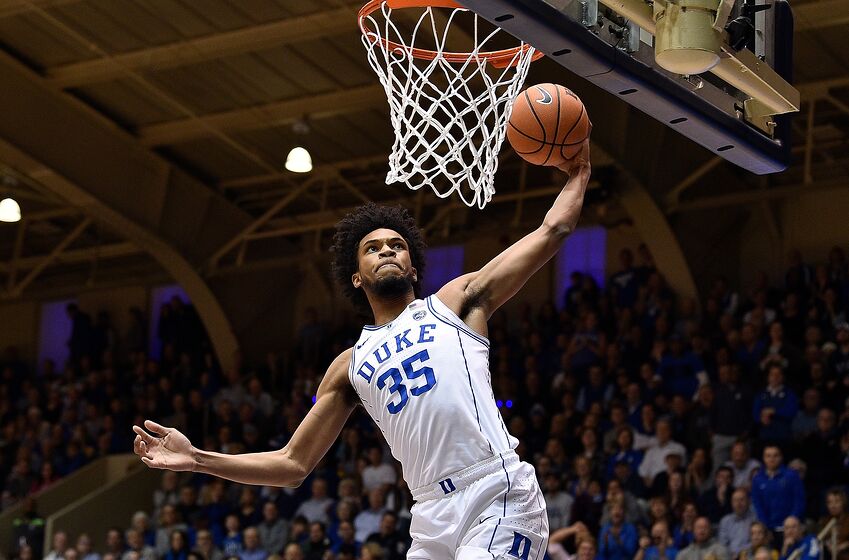 Usually teams like Duke don’t rate very well. The Blue Devils are 80th in AdjDE, which does hurt them quite a bit, but it’s minimized by their ability to protect the rim. You really have to shoot well to beat them.

Virginia’s excellent defensively and a decent enough offensive team that they’ll always rate well. However, I don’t think there’s enough easy scorers on the team to be confident they can actually win it all. This team is much more similar to last year’s group that got boat raced in the second round than it is to the team that got to the Elite 8 two years ago. The 2016 group was as good offensively as it was on the defensive end.

I was in deep with the Zags last year, but I’m having a much harder time buying this team’s chances. They’re still good defensively, but they really struggle to get out to shooters. Also, they probably have to win out just to be considered for a Top 4 seed.

They’re starting to play better, but it’s pretty rare that this poor of an offensive team is able to go on a significant run. They’re like a poor man’s UNC on that end.

I find the Cardinals interesting. They’ve got the typical long, athletic, stout Louisville defense that they seemingly always have and the offense seems to be getting better. Deng Adel is always going to score, but it’s always a mystery who’s going to join him. I think if they can get greater consistency out of Quentin Snider, the scorer, they’ll be dangerous.

I pretty much always think Miami will do better than they do…but they do have a talented backcourt and that tends to win in March.

I think it’s very impressive what Cuonzo Martin has done with this group despite dealing with the loss of Michael Porter before he even got started and with the transfer of Blake Harris. With that said, I would never consider even playing them as a long shot.

They’re capable of beating anybody when they get hot from the outside, but those games are too few and far between to sustain a deep run.

They’d be in the “Highly Undervalued” section, but with the loss of Donte Grantham for the year, the ceiling for this team drops significantly.

If they ever start playing defense, they’ll be a team that can make a significant run. I wouldn’t hold your breath on that defense thing, though.

Ah, the feel good story of Auburn basketball. They’re not as good as their record indicates, but I’d still be a little nervous playing them. They have a lot of guys who can just go score.

Hard to see them doing much without Andrew Jones. They needed more scoring BEFORE they lost Jones. Now they have a full-fledged dearth of scoring. 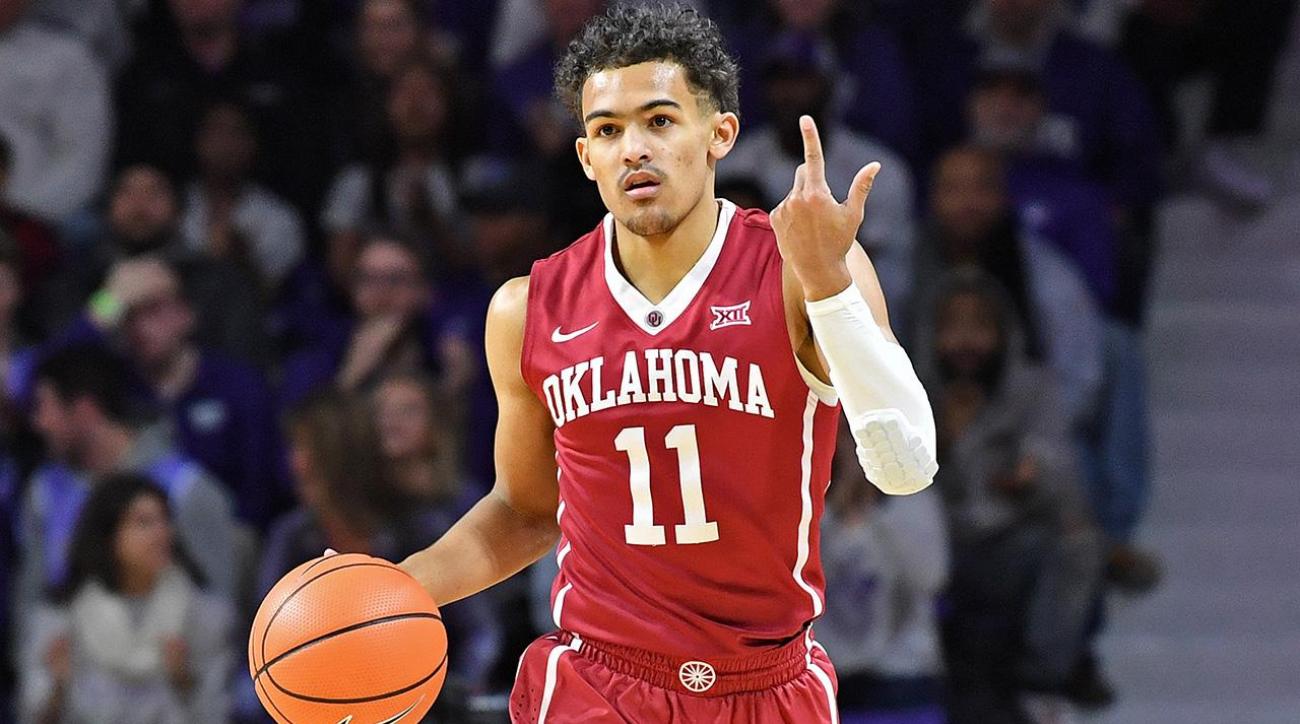 I’ve never wavered on thinking Villanova is the best team in the country, but they do have some holes defensively. But not enough that the most efficient offense in the country can’t overcome.

The Spartans are deep and talented, but I’m curious to see two things over the next month or so: 1) Will Tom Izzo keep playing 10 guys? and 2) How will they perform on the road? The Spartans have seven road games over the next five weeks.

I haven’t really watched Wichita enough lately to know what’s been going on, but I do know that they returned a ton from a very good team last year and they’ve seen quite the dropoff defensively. Something to watch.

I love Trae Young and I think the “problems” with their offense are overblown, but the best thing you can say about them defensively is that they don’t foul much.

I think their entire tournament success might depend solely upon how well Moe Wagner plays.

Well, you’re at least buying low if you buy now. There are worse bets to make.

Only chance they have of making the second weekend is if Collin Sexton and John Petty are both at their best in the opening rounds.

I’m not gonna get into the MLPPR “scores”, but I’ll just say Purdue’s is in pretty elite company right now. Rebounding can be an issue, but otherwise it’s hard to find a lot of holes. I understand not wanting to bet on Purdue to win the natty because it’s Purdue, but they’re at a pretty good value right now.

I feel like the Jayhawks are kind of flying under the radar as much as a blueblood can fly under the radar. Frontcourt depth is obviously an issue, but it’s really only killed them in one area and that’s rebounding. It’s an important part of the game, but with their backcourt it’s not a death sentence.

They’re tenacious defensively, but it’s important to point out their recent three losses have all come without Zach Smith in the lineup and it’s unclear whether he’ll be able to come back at all this year. Even if he does, a lack of shooters might be another issue they can’t overcome.

Creighton is a team of extremes. They’re elite in quite a few areas, but also completely lacking in others. I think they’re a really good team, but they haven’t performed very well outside of Omaha.

It’s interesting that the Irish are so undervalued according to the data, when the data includes six games of Colson-less basketball and three games of Colson/Farrell-less basketball. I don’t know if you can expect Bonzie to return to his usual form when he gets back so late in the season – or how well Notre Dame can mesh when he does get back – but given the value now and Mike Brey’s recent success in March, it’s a pretty decent flyer to take.

Scoring doesn’t always come the easiest to the Vols, but their athleticism and the physicality they play with makes them a tough opponent for just about anybody. Top 25 in efficiency on both ends of the floor is nothing to scoff at.

A bet on Arizona is strictly a bet on talent. I’m not saying that’s the worst strategy, but you’re also betting that they really start defending, which they haven’t done yet. I get that Rawle Alkins wasn’t playing the first month, but since he’s come back they’ve dropped six spots in KenPom. The Pac-12 stinks and they’re still struggling to win most games.

They do absolutely nothing for me. I’ve always been a Coach Cal guy, but the one-and-done model starts to fall apart when you don’t get the best recruits.

They’re still pressing, so the MLPPR still hates them. At least they have a shorter rotation this year. The real problem for them is that they suck in the halfcourt offensively. They’re good enough to make the second weekend, but chances are they’re watching the Final Four from home again.

If they played as well defensively every night as they did at Kentucky, they’d be a much better bet. But they don’t and they’ve become a little too reliant on their perimeter shooting to win them games.

Tough to take a team seriously as a national title contender when they give up 90 to Colorado and 86 to Stanford, regardless of the number of possessions.

Didn’t have much of a chance before they lost Jaylen Fisher and now they officially have no chance. 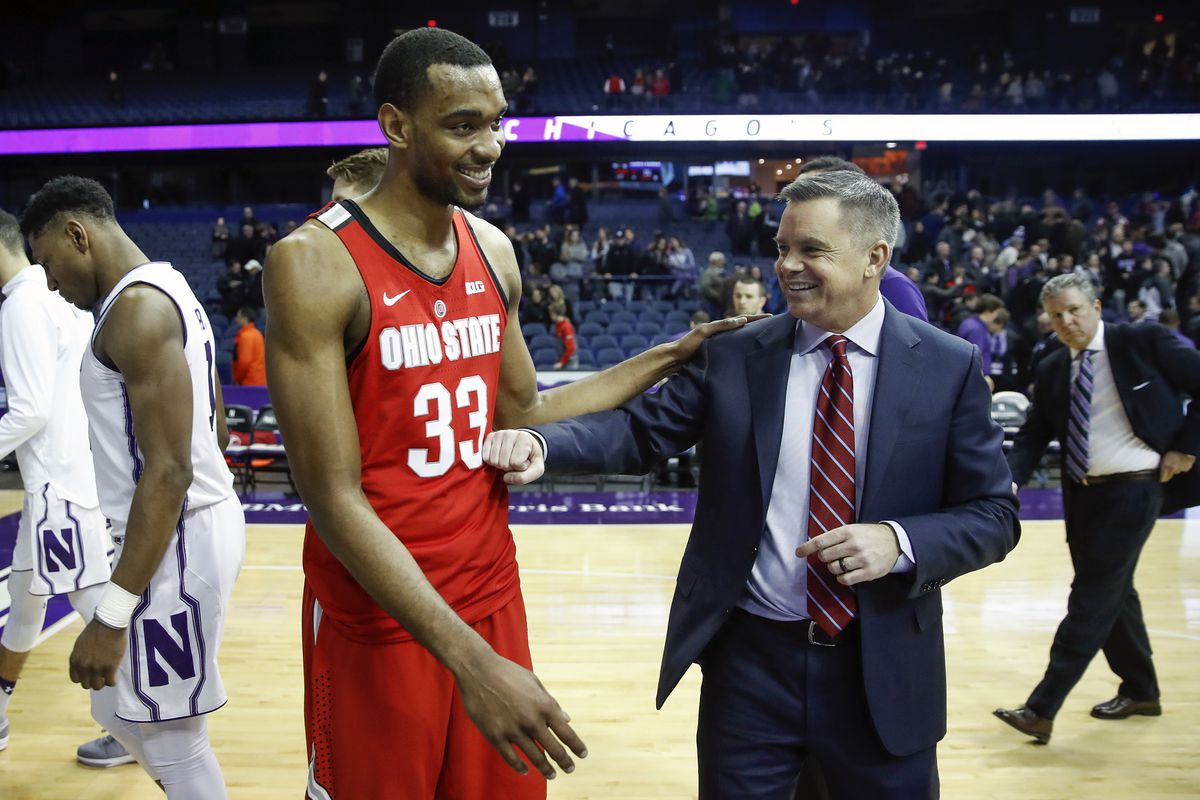 They’re an elite offensive team that relentlessly attacks the rim and is often rewarded with buckets and free throws. That’s the type of offense that plays in any venue. I wouldn’t say they’re a great shooting team, but they do have three guys who are a consistent threat from deep. I would say they’re a solid defensive team, but they’re prone to getting lit up from the perimeter every so often and that’s something they can’t afford later in the year.

I’m gonna be totally honest with you: I think I’ve watched maybe five minutes of Florida State basketball this year and it was against Rutgers like two months ago. I don’t remember being overwhelmed. But the numbers like them, so here you go.

Now, I have watched a ton of Ohio State. I don’t get the odds. I know they didn’t have a great non-conference and the Big Ten is down, but they’re not just scratching out games. They haven’t played a truly close game all month. They’ve got a potential All-American/first-rounder in Keita Bates-Diop. They’re solid-to-good in almost every aspect of the game. I don’t know if they can actually win it all. I just became convinced they could win the Big Ten like a week ago, after all. But those are great odds.

All flash, no substance. Perfect for LA

They had a much better chance last year and they lost in the first round.

I swear I didn’t make this up. They’re 10-10. I have no explanation for why they have this low of odds besides there must be some group of people in the greater Amherst area that bet the Minutemen to win it all every year and 5Dimes just has to limit its exposure.

As good as the Big 12 is, I do not picture the second-to-last place team running the table.

Larry Bird is not walking through that door.

Juan Dixon is not walking through that door.

Carmelo Anthony is not walking through that door.

Ed O’Bannon is not walking through that door (and he’s also the reason my life is made 10% worse because they stopped making EA Sports NCAA Football. You’re a selfish prick, Ed.)