This will be far from the prettiest game with two offenses that have been inept for most of the year and defenses that are Top 20 caliber. It’s not the only reason, but if I had to quickly sum up the reason to take the Frogs here, it’s Jalen Reagor.

In a game with a total currently hovering around 40, one or two big plays could make the difference. It’s like an NFL game, only with significantly less talent.

Reagor was productive in the first half of the season, but has really hit his stride on the back nine. He’s had a receiving TD in seven straight games. He’s had a reception of over 30 yards in the last six. His total receiving stat line for the last six games: 35 catches, 629 yards (18.0 YPC), and 6 TDs. The last two games, it finally occurred to Sonny Cumbie that maybe they should run the ball with Reagor as well. He’s had 7 carries for 153 yards and 2 TDs.

Cal doesn’t have that guy. That’s why they’ve only eclipsed 17 points twice since September. Those two outings came against Oregon State and Colorado. Oregon State is one of the worst defenses in the FBS and didn’t hold a single FBS team under 34 points. In the Colorado game, they scored two defensive TDs and had other scoring drives of 8, 29, and 34 yards.

If you’re looking for a reason this could go sideways: special teams. The Frogs are among the worst in the country. Cal’s kicker isn’t anything to write home about, but he’s better than TCU’s and Cal’s punter has the ability to flip the field on his own.

I guess a big part of this is feel. To me, Buffalo peaked back in September. They’ve had some blowouts over the worst of the MAC since then, but have laid some big eggs since then in their bigger games. They got steamrolled by Army at home, even more steamrolled at Ohio, and then blew a 19-point, late third quarter lead against NIU in the MAC championship.

Troy led with the egg, a 36-point opening week loss against Boise. Since then, they won at Nebraska, won a huge road game at Georgia Southern, and won comfortably over Sun Belt West champ ULL, who has an explosive passing offense (typically Buffalo’s biggest advantage). Of course they lost to App State to finish the regular season, but App State is App State.

I would expect Troy to be motivated after the AD survived the coaching carousel without losing Neal Brown to a Power 5 program. It’s insane to me Brown hasn’t been hired because he’s one of the best coaches at the G5 level. And he also happens to be 2-0 in bowl games, beating North Texas by 20 last year, and beating veteran coach Frank Solich in Brown’s bowl debut.

It’s Lance Leipold’s first time dealing with the bowl schedule and he has to go face Troy in Alabama.

Two big reasons to like Army here: no Ed Oliver and no D’Eriq King for Houston. Oliver might be the best player in Houston football history and they had a guy win the Heisman once. Other programs might be able to minimize the impact of losing an All-American DT, but it’s clear Houston isn’t one of them.

Furthermore, despite only playing about 7.25 games, Oliver still leads the team in TFLs and is just a half tackle behind the leader in run stuffs.

That all seems pretty important against a team that ranks second in the country with 297 rushing yards per game.

In case you’re unaware, D’Eriq King is Houston’s QB and the unofficial mayor of Electric City. 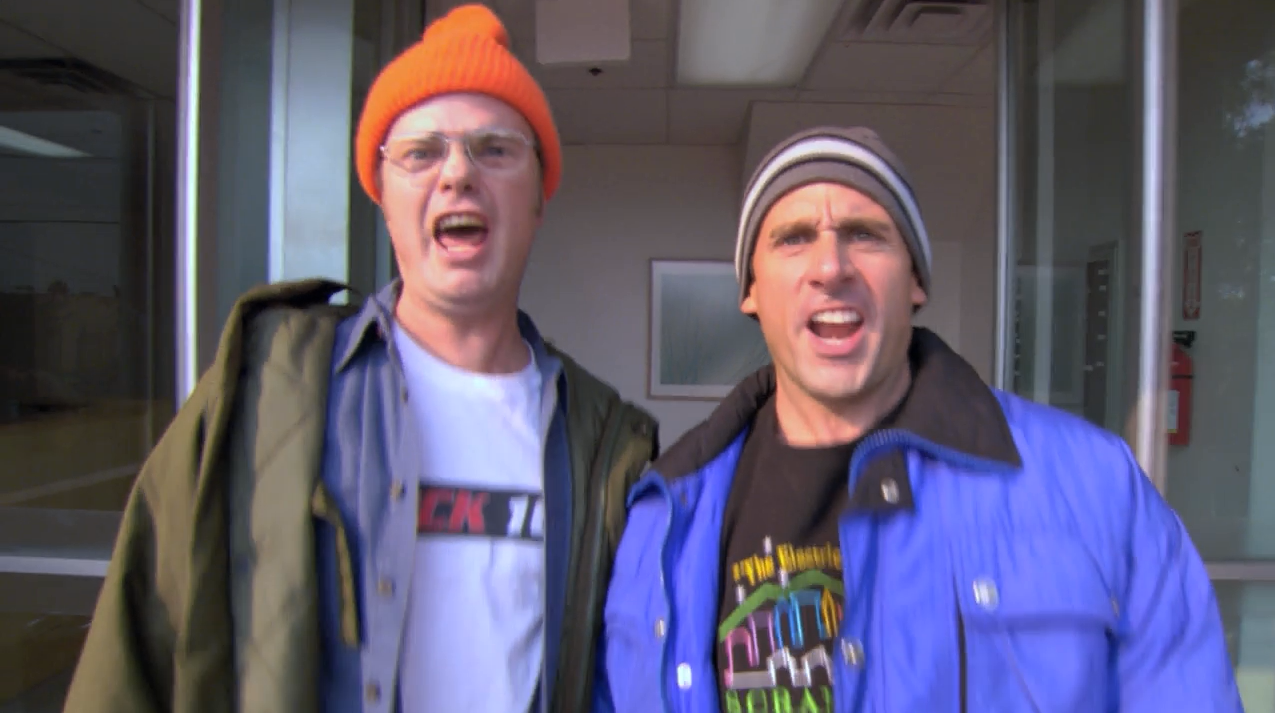 King accounted for 3,730 yards of offense, 50 TDs, and just 6 turnovers in his 10+ games of action. His replacement – freshman Clayton Tune – has been okay, but has shown himself to be inaccurate so far and not quite as dynamic of a runner as King.

Army’s faced quite a few spread, pass-happy offenses this year (Oklahoma, Buffalo, Miami (OH), Hawaii, Liberty, SJSU) and has held them to an average of 17 points per game. Army’s defense isn’t elite, but the ball control of the offense helps them by keeping the opposing offenses out of a rhythm.

Obviously the teams are a little bit different (worse), but I mean, they just played in the Orange Bowl last year. The one that’s played in Miami. And Wisconsin won by 10 points. A year later they meet again and all the Florida boys are heading up to play a physical Wisconsin team in New York City during the dead of winter.

Miami’s defense is still very good, but keep in mind that they haven’t played one S&P+ Top 40 team since they got rolled in Week 1 by LSU. And Wisconsin can run on anybody and they do it efficiently. The Badgers average 268 rushing yards per game, they’ve only been held under 200 twice all year, and their lowest YPC in a single game is 4.7. The national AVERAGE is 5.2 YPC.

The passing game isn’t nearly as bad as its made out to be. It’s still decidedly not good and Hornibrook has his problems, but that didn’t stop him from throwing for 258 yards and 4 TDs against the Canes last year.

Miami’s passing game is actually marginally worse and won’t be helped by the fact that their best WR – Jeff Thomas – decided to leave the team and transfer. The running game started out really well this year – aside from the LSU game – but they’ve fallen off since September. The offense as a whole as only eclipsed 350 total yards once since the calendar turned to October.

Consider this a bet on Mark Dantonio and an elite defense. Dantonio has won five of his last six bowl games, four of them as an underdog, and four of them with spreads of three points or less. I’d say this is a pretty good spot for him.

On the flip side, the Ducks are 0-3 SU, 0-3 ATS their last three bowl games. They were favorites in all of them. They failed to cover the spread by an average of 19.3 PPG.

And yes, the MSU offense has been a trainwreck, but that defense can keep them in any game. They haven’t given up more than 30 since Week 1. They haven’t given up 400 yards of offense since Week 2. Only one team has run effectively and efficiently against them all year. They’ve held six of their last seven opponents under 20 points on offense and that includes Ohio State, Penn State, Purdue, Nebraska, and Maryland. They’re pretty good.

The offense has been garbage, especially after some injuries. However, I can’t help but think they won’t be improved after time for some of their many injured players to heal and 15 bowl practices with a really good coaching staff.

Hawaii essentially can only win one way and that’s by throwing for a ton of yards. No one has completely shut down their passing game, but that’s not really necessary. You just have to make them work for it. They average about 50 yards less per game when they lose and one less yard per attempt.

And that’s exactly what LA Tech can do. They haven’t given up 300 yards of passing yards once this season. Their opponents average less than 200 yards. They only give up 6.2 YPA, which is good enough to be Top 25 in the country.

I’m a big Dave Clawson guy, always have been.  I also believe his run defense has greatly improved over the second half of the season and that’s a big key against Darrell Henderson.

But if you’re a trends guy, this game’s for you. Here’s how each team has fared ATS on the road and at home this year

It’s not a home game for either, but obviously this signifies that Wake is a much better team playing away from their home stadium.

Furthermore, it’s a limited sample size, but bowl performances by each HC at their current schools:

If you’re a big fan of people getting sacked, buddy, this is a game for you. These are two of the Top 5 teams in sack rate this year. You are not going to see elite QB play.

Reasons I like NIU a little more in this one:

Does Rod Carey’s 0-5 bowl record scare me a little bit? Yes, yes it does. In his defense, they’ve played some really good teams. My worries are also a little bit soothed by Bill Clark losing his only bowl game by 35.

This is largely based in analytical research, but it’s aided by the fact that Corbin Kaufusi isn’t playing. Corbin has 8.5 sacks this year. The next closest on BYU’s roster has 2.0. His brother Isaiah – the third leading tackler (Corbin is second) – sounds pretty doubtful based on what Kalani Sitake had to say on Tuesday. It also seems like WMU is being docked for losing their starting QB, but I’ve watched a lot of Kaleb Eleby the last couple weeks and he’s more than capable of running the show.

UCF is pretty good at winning games, in case you haven’t heard.